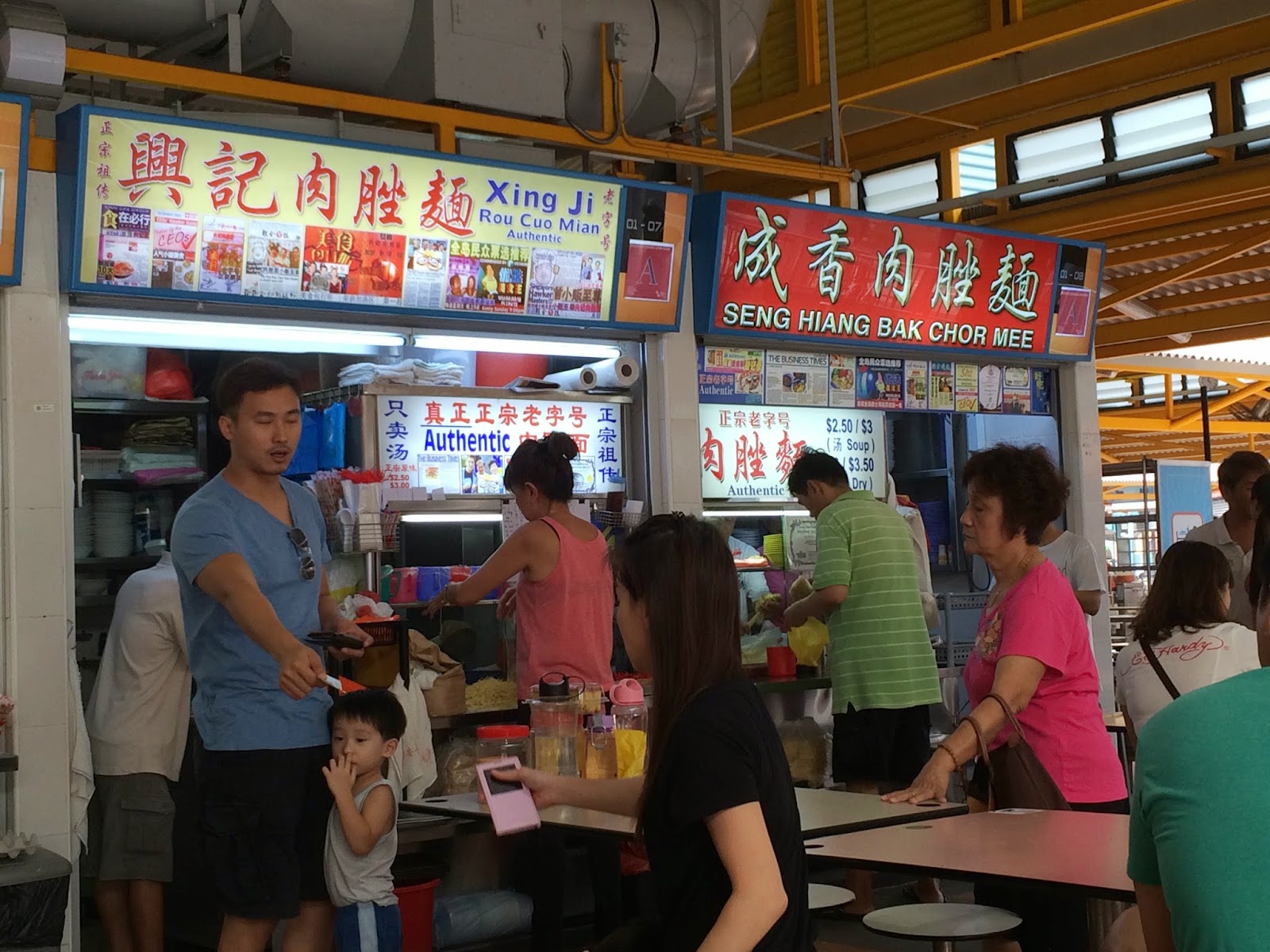 Well, i believe most of the locals did heard that Bedok 85 sell one of the best Bak Chor Mee in Singapore. But who exact are the best? Well, i ordered from each of the stall and tried them out. Usually there are alot of people waiting to buy the famous Bak Chor Mee during evening time and especially weekends. Hence, go there at around 5pm if you want to skip the queue. 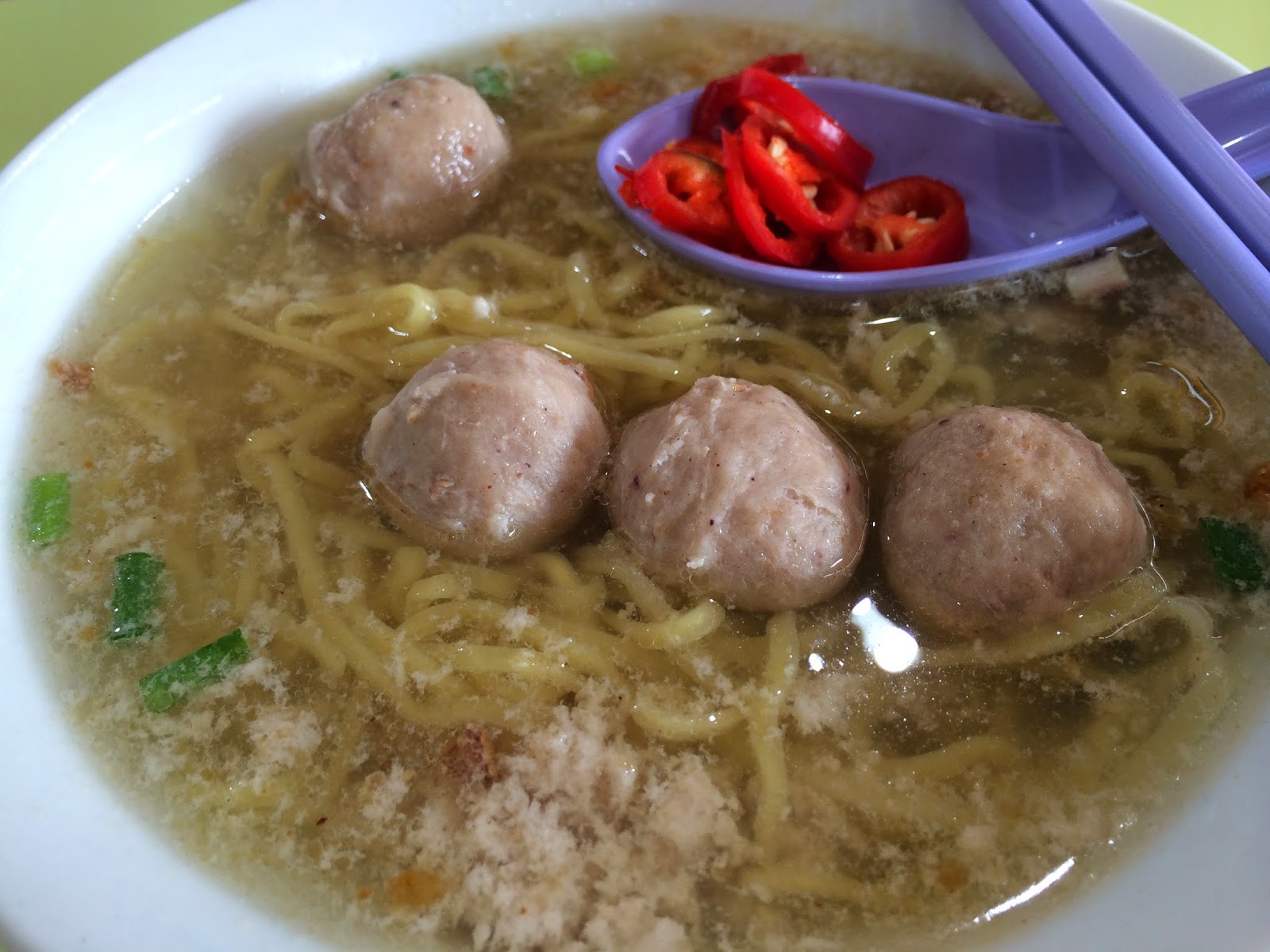 Seng Hiang Bak Chor Mee $2.50 / $3 - They sell dry and soup base mee. The broth is thick and very tasty, you are able to taste the minced pork just by tasting the soup. Generous serving of porkballs as i only $2.50 mee. Pork balls are chewy but have a heavy pork smell which i am not really fond of. Big red cut chillis are given too if you like spicy food. The noodle however is abit disappointment, the noodle smell still linger around when i chew on them. Doesn't really impress me on this. 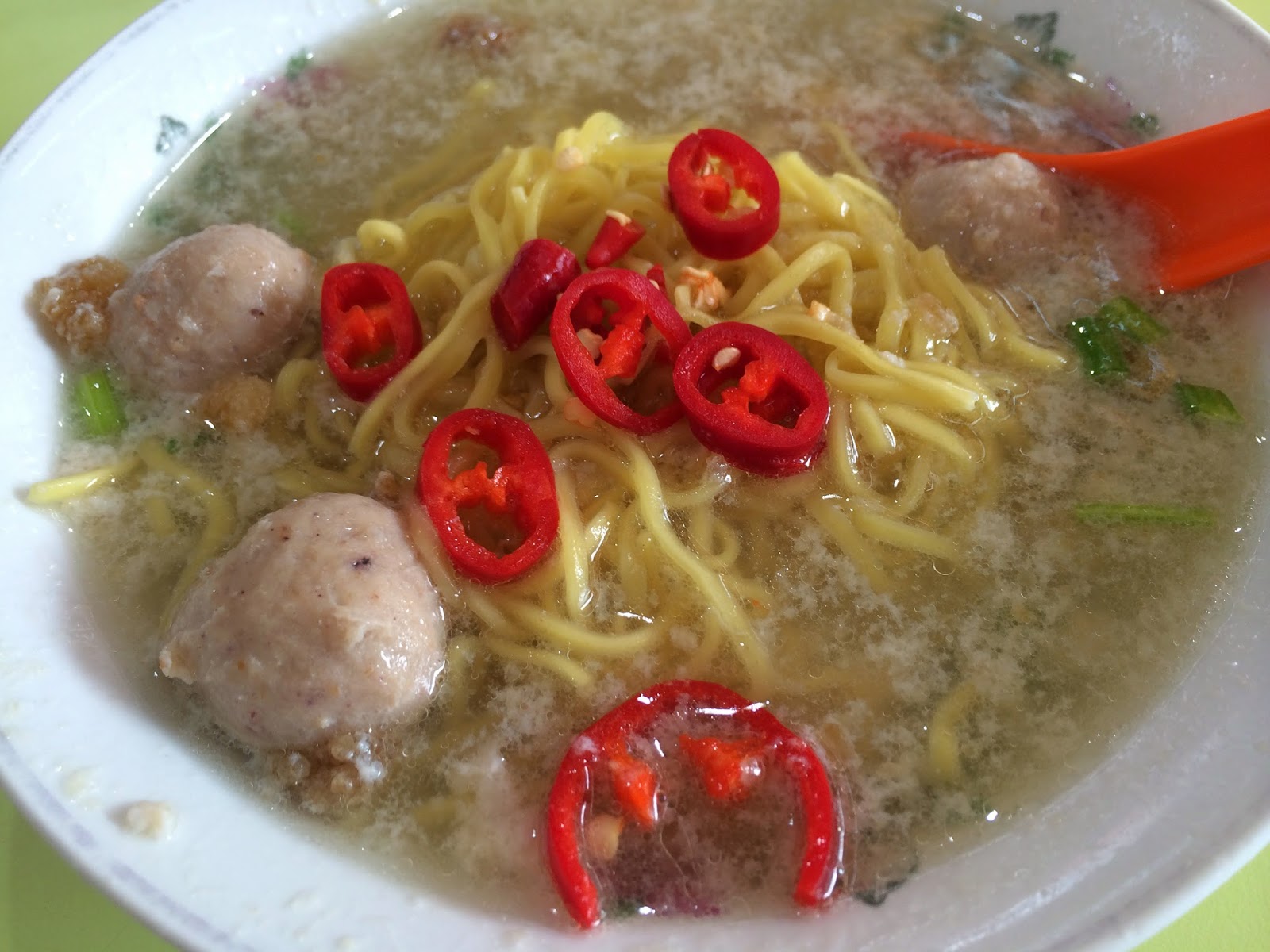 Xing Ji Rou Cuo Mian $2.50 / $3 - They only sell the soup base bak chor mee. Well, i must compare soup base with soup base right? Hahaha. The broth is delicious, very flavourable and tasty. Porkballs are chewy and fantastic. They do not have that heavy pork smell when i chew on them which means they are much fresher compare to the previous. Noodle is well cooked and absorb the broth totally. The noodle taste is not that heavy too and are tender too. Chillis are already add on top of the noodle, for those who can't take spicy, better to inform the seller that you do not want chili when ordering.

Overall, i prefer Xing Ji Rou Cuo Mian, maybe just win by a margin from the way the noodles are cooked. Ultimately, both stalls have their supporters and fans.
Try them both if you drop by and decide yourself which is better. However, there are lots more food around the area, i strongly suggest to try other food nearby.